You know who else liked moustaches? I’ll tell you. Hitler. Stalin. Saddam. Gaddafi. Mussolini. That’s who. And here we are, being bullied into growing fanny dusters fit only for tyrants. Movember my ass. Having us walk around with moustaches for a month isn’t going to raise awareness of men’s health. All it will do is make women ridicule us even more than usual.

You mightn’t be so quick to put out a welcome mat on the doorstep of Casa Nostrils if it wasn’t called a moustache, a word that has the ring of the usual French nonsense about it. But what if you lived in Germany, where a moustache is called a schnorrbart? Would you want to be associated with Schnorrvember? Or, if you’re in Iceland, Yfirvaraskeggvember? Never mind if you’re from Slovenia. Those poor bastards would have to celebrate Brkivember. The idea of three vowels in one word is enough to drive your average Slove to suicide.

Normal people like me and perhaps you are not going to be pressured into cultivating a nasty habit that could well affect our political leanings and, indeed, our very sexuality. If Freddie Mercury had kept his top lip clean, he’d be living as Farrokh Bulsara in a trailer park in downtown Orlando today with a wife called Blanche and three gifted but disturbed children.

Having said that, it’s interesting to note that gay bikers and heterosexual farmers alike are huge fans of the mouth brow. And yet if you had to walk into a bar and ask a biker if he’s a farmer or a farmer if he’s a bottie-bandit, you’d probably get your face broken.

I don’t have a moustache because, in my line of work, it’s important to be trusted. People need to believe that what I write is the truth. If I am to be taken seriously, my upper lip needs to be dusted with nothing more than anxious beads of sweat. Unfortunately, and I don’t claim to know how this came about, men with moustaches cannot be trusted. I might lie through my teeth, but at least I don’t lie through my moustache as well.

Don’t get me wrong. My face doesn’t always resemble a finely buffed piece of Carrara marble. If anyone ever makes a movie called Unshorn of the Dead, I’m their guy. Fact is, men who live alone tend to let themselves go from time to time. Especially those who make their living within the confines of their own home. Not that you can call this a living. Or even a home.

This means my entire head is covered in fur for at least three weeks of the month. Not thick, coarse clumps of it. I’m not Chewbacca. Once there is a beard involved, though, the moustache ceases to be a moustache. It simply becomes part of a general facial flocculence that has been the defining feature of many of history’s lovable rogues ranging from Santa Claus to Charles Manson, from Jesus Christ to George Washington.

I dislike my hairy face, but I like shaving even less. By week four I will catch sight of myself in a shop window and recoil. That’s when I buy a case of beer on a Friday night, turn up the music and have a one-man shaving party. Pathetic doesn’t come close.

But what really gets my goat, apart from the stock thief in number nine, is that we allow these shadowy organisations to influence our decisions based on nebulous notions such as men’s health. I’m not even sure such a thing exists. Obviously I’m talking from first-hand experience here.

I’m reluctant to do this because I don’t get paid enough to involve myself in research, but apparently the idea of Movember originated in a bar in Adelaide in 1999. What a surprise. A bunch of Aussies off their faces decided that everyone should grow a moustache in November. Even the women, presumably, what with Australia being such an egalitarian society.

“And roger all the Sheilas!”

A stray dingo must have walked in at some point because the members of the freshly formed Movember Committee decided they’d sell T-shirts and give the money to animal welfare.

Being Adelaide, there was no real rush to get things moving. The committee passed motions, water and out. The dingo eventually ate the treasurer and, in turn, was taken to the kitchen and converted into bar snacks. Such are the laws of nature.

Five years went by and Movember, much like the committee, was still struggling to get to its feet. Meanwhile, a far sharper group of spritzer-drinking Aussies got together in Melbourne and started their own moustache-based event. Being more cunning and almost certainly more sober than the Adelaide mob, they linked theirs to a campaign to raise awareness for prostate cancer and depression in men.

“Shut up. Your lot doesn’t have a prostate.”

“I am depressed, though.”

“Of course you are. You don’t have a bloody prostate.”

So these new blokes formed the Movember Foundation which spread quicker than typhoid. More than $174-million has been raised around the world since then. I don’t know where it’s gone. I like to think some went to shelters for women traumatised by having to kiss men with moustaches.

In 2010, Movember merged with a testicular cancer event called Touchback. Quite frankly, I find the connotations of reciprocity disturbing. I don’t mind checking my own landing gear, but that’s where it ends.

Few South African men suffer from intellectualism and we should perhaps point out to the common herd that growing a moustache in November does not constitute adequate protection against prostate cancer.

Nor will the general health of men magically improve by a mass sprouting of soup strainers, no matter what the witches and warlocks of Limpopo province say. We might, however, be healthier if we didn’t have to work so damn hard. When I say we, I mean men who aren’t me. Men are becoming increasingly stressed by roadblocks and paternity tests. We get depressed by speed limits and flea markets. So let’s tackle the real issues first.

Gsell says the underlying message of this year’s theme is that “if you choose to live well and follow a healthy lifestyle … you can help shape your future”. In other news, if you wear shoes you can avoid getting thorns in your feet. Also, using an umbrella in the rain can help you stay dry. And not drinking a bottle of brandy for breakfast is good for you.

Finally, let us not forget that the biggest cause of depression among men is an inability to grow a moustache in November. Mo-shaming is a real thing. So if you do come across someone without a moustache, try to restrain yourself from smashing a beer glass into his face. He might not be a contumacious misanthropic iconoclast at all. He might, for instance, be unable to grow a moustache because he’s had radiotherapy to treat testicular cancer. 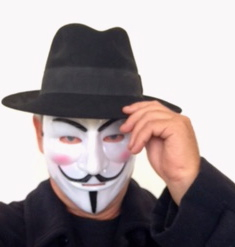