Hello Oom Kallie. How is it going with Oom? Is it okay with Oom if I call Oom Oom? I believe it is a mark of respect in our culture, although if someone calls me Oom I want to punch him in the mouth. Maybe there is something wrong with us. When I say us, I mean we English-speakers. Not we white people. There is nothing wrong with white people. This is a well-known fact. Even scientists have proven that God chose white people as his number one race.

I just love being white. Don’t you? It’s the best colour. You can wear anything with it and never have to worry about your broeks clashing with your hemp. By hemp I am obviously referring to the marijuana that many young white people carry around in colourful fabric bags these days. Does Oom smoke boom? I hear it is very good for the cancer and also the appetite. Is it true all the Boer generals smoked it and that is why the Third Boer War never took off? Too much sitting around chatting and laughing. Still. It’s probably a good thing otherwise we’d all be speaking Australian today.

Congratulations on your recent tour of America, a country that until recently was enemy territory for you. Now that our hero Donald Trump has made the White House white again, America can once more take its rightful place in the world. Blood and soil, Oom. Blood and soil.

You even got a meeting with the US Agency for International Aid. That would never have happened while the Kenyan antichrist was president. Did they give you money? I bet they did. You should use it to stock up on dog food. When the genocide moves from the farms to the suburbs, you are going to need lots of dogs. As you know, darkies are more scared of dogs than they are of white people. You can thank democracy for that.

I could hardly believe my ears when President Ramaphosa said you and the man who plays Chewbacca to your Han Solo, Robin to your Batman, Donkey to your Shrek, Gollum to your Frodo, Tonto to your Lone Ranger, Gromit to your … whoops. Where was I? Yes. Ramaphosa said that instead of trying to mobilise the international community against your own country, you and Ernst Roets should “come back home for inclusive dialogue”.

Sounds familiar. You probably remember better than I the day that Zulu King Dingane invited Piet Retief and some of his men around for a spot of inclusive dialogue, then shouted, “Bulalani abathagathi!” The Voortrekker leader said, “Two sugars please,” but it wasn’t the right response and they were all killed. If you don’t understand Zulu, Oom Kallie, now would be a good time to learn.

Speaking of which, you need to get your sidekick to change the title of his self-help book. Kill the Boer sounds too much like advice. South Africans take things literally, especially the illiterate ones.

I’m not sure I agree with you that the government is complicit in farm murders. Bludgeoning is heavy work and you’d be hard pressed to find a civil servant prepared to lift a finger, let alone a blunt instrument, for less than six figures and a promise of jobs for at least five members of his family.

I must admit to being a little curious about your strategy for getting the government to reverse plans and policies that might level the playing field and nudge Afrikaners off their perch as apex predators. I’m talking purely in the financial sense, here. I don’t mean Afrikaners go around biting people’s legs off, even though they do share some characteristics of that other apex predator, the great white shark. As you know, most Afrikaners have electroreceptors on their foreheads, much like the white shark has the ampullae of Lorenzini on their snouts. If you stroke them, their mouths fall open and they go into a kind of trance, rendering them quite harmless. By the time they come to their senses, some may find their land has been expropriated without compensation.

Warn your people, Oom. Warn them not to let strangers stroke them on the forehead. By strangers I think we both know who I mean. And there’s nothing more strange in this world than people who aren’t white. Am I right? Of course I am. It’s no coincidence that white rhymes with right. Those people what wrote the dictionary knew what they were doing.

Your organisation – which I’m guessing stands for Afrikaners For Umbrage – only has a couple of hundred thousand members. Even though your motto is, “Laat jou stem hoor”, which apparently means, “Let your guns sound with the roar of a thousand lions”, I can’t see how you can take us back to the good old days through a campaign of righteous Christian violence. Not with those numbers. And certainly not without the help of the police and army. They won’t even help normal people, let alone you guys.

Thing is, I have heard talk among white people, or, as some communities affectionately call us, whypeepo, of a growing discontent within the ranks. The ranks being mostly bikers, diesel mechanics and others unfamiliar with the ways of the common apostrophe. They use cryptic phrases like, “Wait. It’s coming. You will see.” I never ask what it is that’s coming, finding it safer to lower my eyes and back away slowly.

The truth is, Oom, I am a bit of a coward. Please don’t misunderstand me. I am not a leftie or a liberal. I am just a simple coward. I know I should be standing shoulder to shoulder with you and Solidarity and the Suidlanders and Dan Roodt and the people who only sing the uit die diepte van ons hemelpart of the anthem at the rugby, but I also know that we are heavily outnumbered and I don’t want to have to fight my way through forty million black people only to get to Simon’s Town and find the last boat has left.

There is a good chance I am wrong because I have been married twice and know all about being wrong, but I would sleep easier at night knowing that Steve Hofmeyr and Julius Malema might one day marry were it not for their height rather than their political differences. Is that wrong? Do I need an exorcism?

This crazy dream of mine is unlikely to come true as long as you keep saying that apartheid was not a crime against humanity. I do agree with you, though. Puffy pants and rhinestone studded denim jackets were a crime against humanity. Having the barman put Pepsi instead of Coke into your brandy is a crime against humanity. But apartheid? Okay, sure. It couldn’t have been much fun not being allowed to visit the beach or a park or cinema, theatre or restaurant, but they had things we didn’t have. Lots of brothers and sisters, for a start. And they weren’t forced to go to school. Or the army. Not a bad life at all.

As you pointed out, the security forces only killed around 700 people while the National Party was running the show. Hardly a crime against humanity. On a good day, the Israelis take care of that many Palestinians before lunch.

And apartheid wasn’t our fault, either. There would have been none of that business in this beautiful country if there had been no black people to start with. But we have forgiven them for making us do the apartheid and it is time they stopped talking about it.

Actually, Oom, there’s something called the Rome Statute that recognises apartheid as a crime against humanity. I know what you’re thinking. You’re thinking of the marble statute of that kaalgat oke David with the little willy and wondering how a statute can recognise anything.

You and many of your followers are doubly blessed. Not only are you members of the master race but you are also beneficiaries of the Dunning-Kruger Effect. This is what the darkies must mean by white privilege.

Anyway, Oom Kallie, I must go and find my passport in case of the genocide. If the airports are closed, I will see you at the harbour. 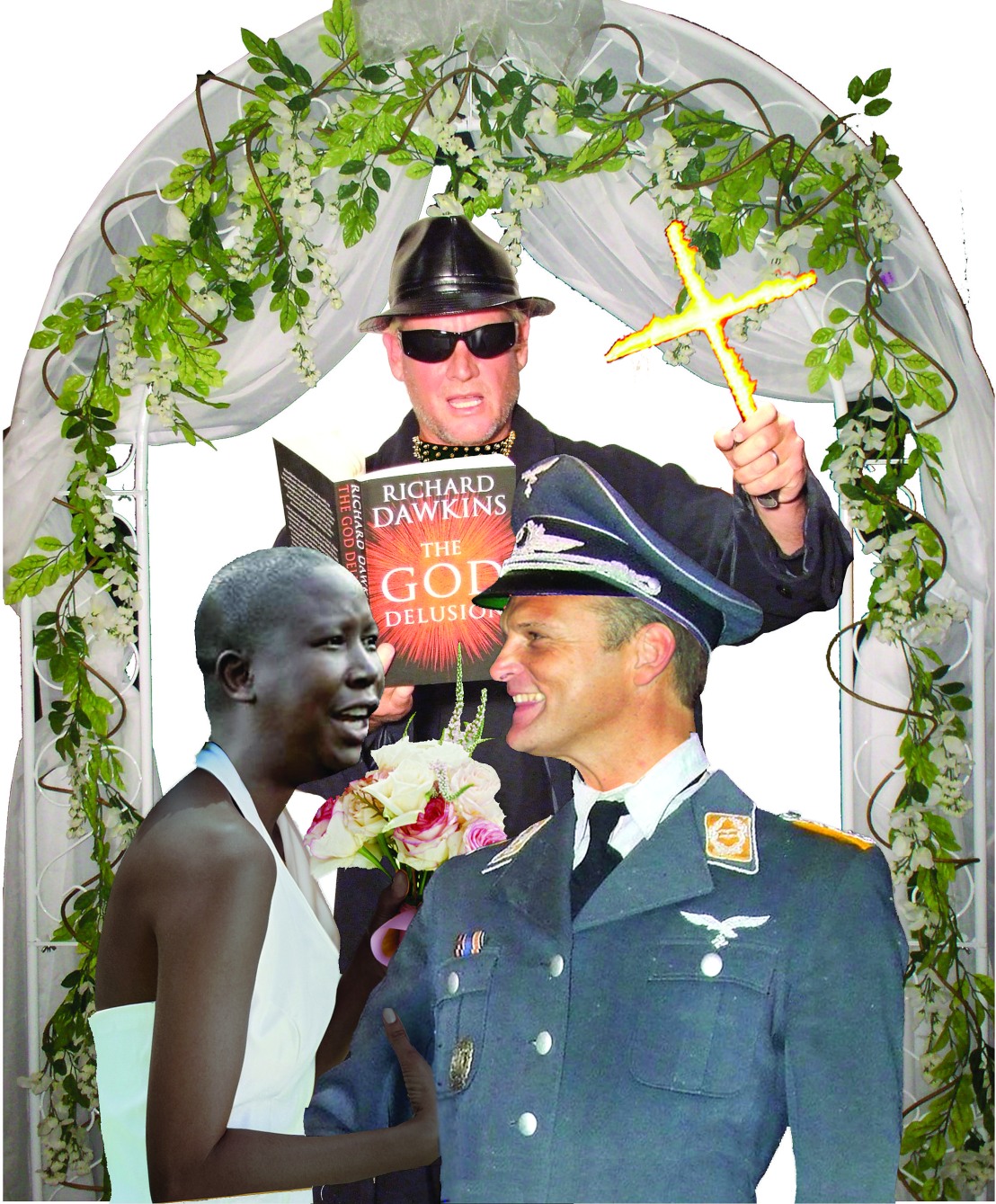